Can You Wear Crocs To School?

A lot of people are thinking about whether or not they can wear Crocs at school. Considering its popularity among people of all ages, a lot are asking whether it is OK to wear Crocs, especially in school.

Crocs can be worn everywhere and wearing Crocs on your way to school is no exception. However, many school districts have dress code policies that don’t allow students to wear Crocs inside their schools. It’s likely best for students to have a pair of sneakers at school, especially for recess and gym class.

Crocs are being worn by many at parks, malls, and even schools in the United States. This footwear is available in different color options that would probably attract your attention, which include Glam, Haze, and camouflage.

These same administrators are suggesting that sneakers are a better choice inside schools. Sneakers provide better support for kids running around at recess or during gym class.

For the past few years, there have been reports regarding kids’ toes that got stuck in the escalators of several transportation systems, including airports and malls, while wearing a pair of Croc footwear.

For example, Washington, C.C’s Metro Stations’ subway system posted a sign notifying the Croc-wearers to keep safe while riding an escalator. This was reported by CNN.com

In this post, we are going to answer the question, “Can you wear Crocs to school?” Aside from that, we will also tackle the benefits anyone can get from wearing Crocs during the summer months and school year. So, if you want to know more about it, then keep on reading.

The first pair of Crocs shoes were launched back in 2002. It is popular footwear because of its waterproof and non-slip tread features. Considering these two features, there’s no doubt why this pair of footwear is popular among all ages. 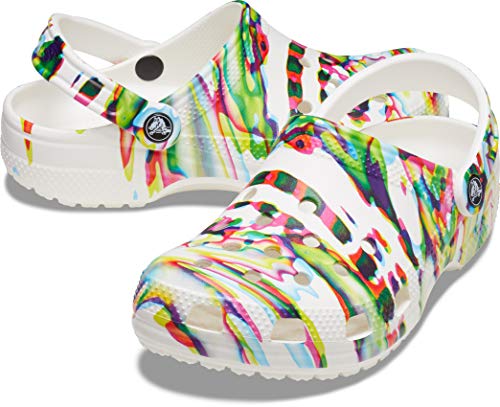 Since it is available in different hues, this pair of footwear is a perfect alternative to sneakers. It is a well-known show to wear during the warm season. According to the associate professor at the New York College of Podiatric Medicine, Dr. Donna M. Alfieri, Crocs footwear offers enough protection compared to wearing sandals or flip-flops during the summer season.

One of the good things about Crocs shoes is that they provide enough arch cushions and support. It features holes that are enough to welcome the air.

This prevents your foot from getting sweat. Crocs feature antimicrobial properties, which act as a protector against possible foot infections. 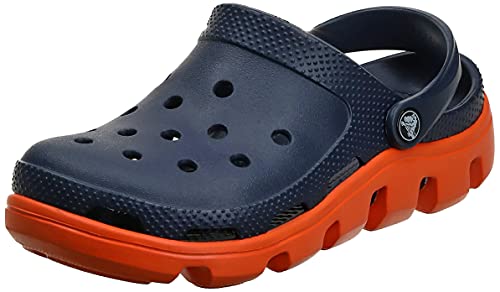 Crocs footwear for kids are available in a wide range of colors and styles. This means that anyone around the world could wear a pair of Crocs that is suitable to their personality and fit perfectly to their feet.

Not only do Crocs offer their Classic Clogs, they also have sneakers, loafers, slides, and flip flops to choose from!

Apart from the benefits mentioned above, Crocs are the perfect shoes to wear during the summer months because of their convenience. You don’t need to tie your kid’s shoelaces constantly. Since it does not feature any laces, you don’t have to worry about your kids tipping over because of the untied laces. 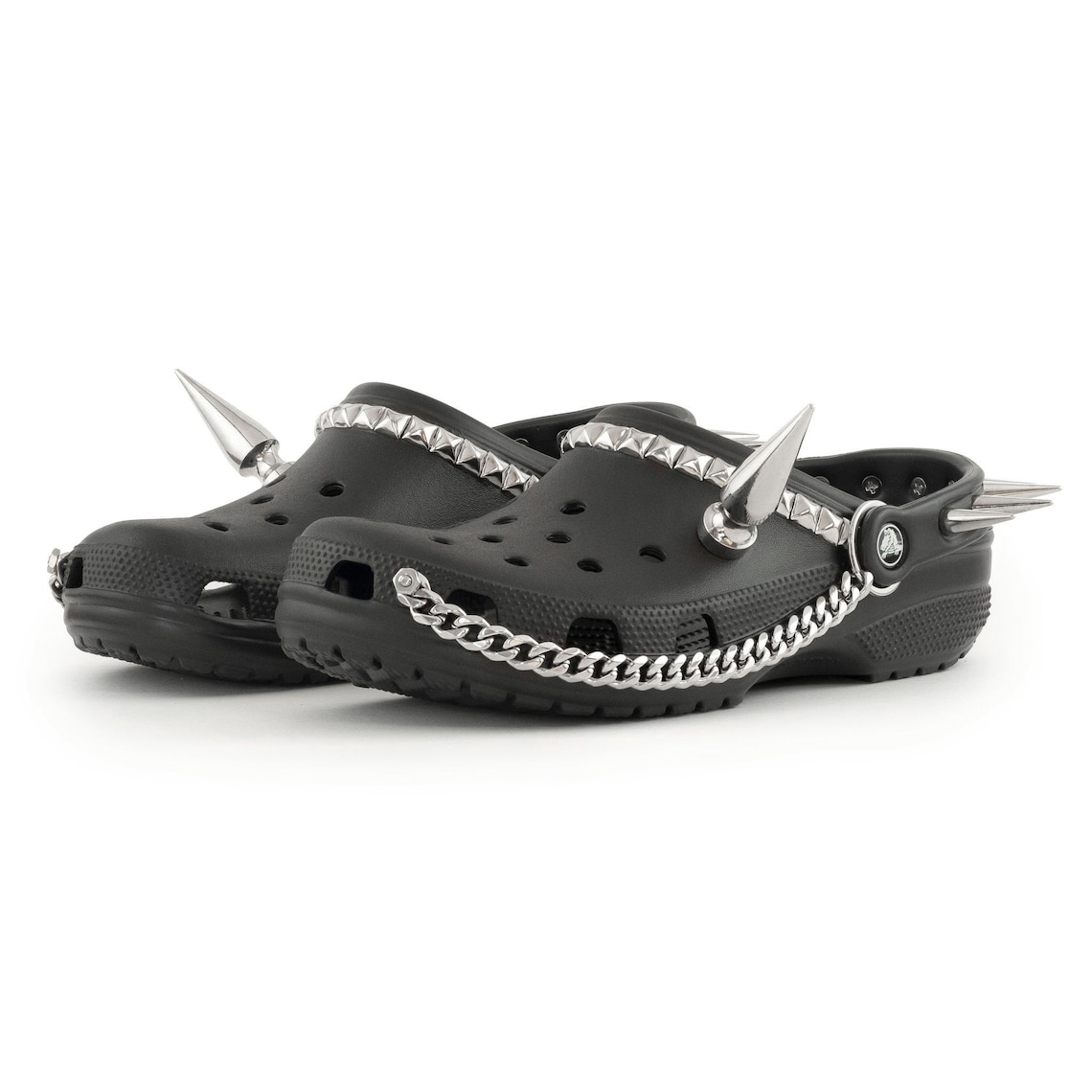 Crocs footwear was developed as a perfect pair of shoes to wear during the warm season. This might be the main reason a lot of schoolers in the United States are wearing a single pair of Crocs.

According to the professor of pediatrics and orthopedics at New York College of Podiatric Medicine, Russell G. Volpe, He really likes the idea of Crocs footwear for the schoolers because of the convenience it offers. (Source) They are a perfect pair to wear for pool and beach escapades. You can put them on and take them off so easily.

But things get different in school. Considering that the schoolers perform a lot of physical activities, Crocs might pose a danger to any schooler who will wear it. 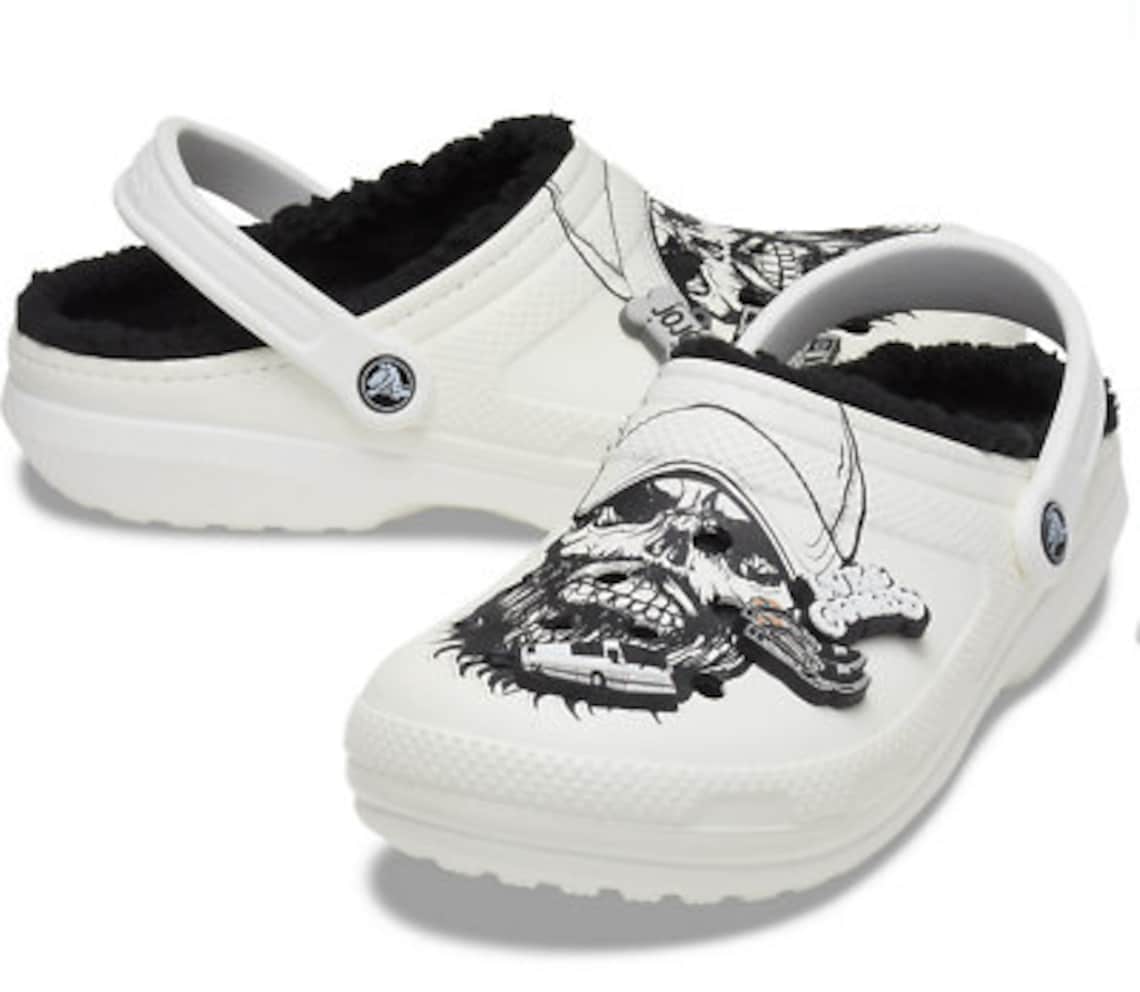 According to Volpe, he started to have concerns when he saw a kid performing some types of physical activities. This is because compared to sneakers, Crocs do not offer enough support to its wearer.

Aside from that, it can slip easily during any activity apart from walking. There’s a high chance that it tips you off in the gym or during recess time.

The said footwear also poses risks to any schooler from the time they enter the school to the time they go home. A lot of doctors conclude that Crocs footwear is not recommended to wear throughout the day. Every single day, kids undergo a lot of physical activities. No matter the frequency of the exercise or activity, Crocs can fall off easily.

This rule is enacted to protect the kids against possible danger in the playground, gym, or canteen. Aside from that, banning sandals, flip-flops, and Crocs in school gives precautions to the wearer if there is an emergency happened. 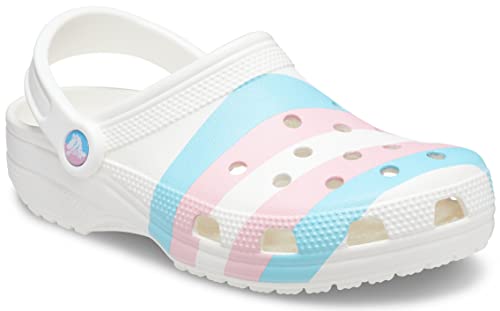 On the one hand, if the school where your kids go to does not enforce a Crocs ban, it is important to take a closer look at your child’s safety when wearing Crocs. According to Volpe, wearing sneakers from and to school is more recommended than wearing a pair of Crocs.

Another problem with wearing Crocs in school is the weather. Crocs are advised to be worn during the summer months. So, if you live in countries with cold weather, it would be great to replace them with something that is both warm and waterproof.

As stated by Volpe, Crocs will become terrible when they get wet by snow or rain. This is one of the things that should be remembered by parents with schoolers. As soon as the cold and rainy season comes, if your little kid is wearing a pair of Crocs, they may feel shoeless when it gets wet.

It cannot be denied that a pair of Crocs is beneficial for everyone. But some schools have banned wearing Crocs. This is because of the risks and dangers it gives to the schoolers.

Crocs are the perfect footwear during the summer months. But, when your kids are active in performing physical activities, we do not recommend you to let them wear Crocs.