Why do hippies wear Birkenstocks?

It looks like the hippie movement is getting popular once again! Hippies are known for breaking norms and for being unconventional. But did you know what their go-to brand is in terms of footwear?

The retro, vintage, and aesthetic look of Birkenstocks suit hippies’ fashion taste and character. Birks became their signature footwear during the 1970s counterculture revolution as they challenged gender norms and consumer culture. The hippie culture incorporated Birks in their fashion style as a political statement.

Birkenstocks look very minimalist and simple. They really match the carefree and bohemian attitude of hippies’ fashion sense. This is one reason why hippies love Birks.

If you have been wanting to try to hop into the hippie trend, you have to check out Birenstock’s sandal lineups. Lucky for you, I have listed down some of the best hippie Birks!

Why do hippies popularly wear Birkenstocks? 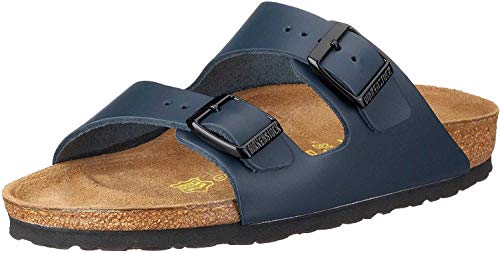 Hippies wear Birkenstocks primarily because of the overall aura these pairs have. They are laid-back, unconventional, versatile, or simply LUV!

Appearance-wise, the look of Birkenstocks is very compatible with the hippie culture. In this section, I have discussed the primordial reasons why hippies popularly wear Birks.

Both hippie fashion and Birkenstocks convey a laid-back attitude. Flowy hippie outfits and spacious, roomy Birks are very comfortable and cozy. In my eyes, a hippie wearing a pair of Birks looks carefree.

There is nothing more comfortable than women dressing like men. Ladies also want to be free from tight jeans and tank tops. More so, their feet are already tired from wearing heels.

This is why hippies, regardless of gender, wear Birkenstocks. Actually, most models introduced by the brand are unisex. Only a few models are made specifically for a particular gender.

It is no secret that only a few had been captivated when the Birkenstock family launched their very first pairs. This is because the very first Birks' design is uncommon and untraditional.

Eventually, both Birkenstock and the hippie culture entered mainstream fashion. They have even become staple wear. Hippies started to love Birks as it incredibly fits their fashion style.

There has always been a divide between genders, even in footwear. However, Birkenstocks are built differently. They are made versatile so that anyone can wear them regardless of gender.

The hippie movement is known to break gender stereotypes. That is why a genderless sandal is remarkably compatible with their agenda. Birkenstocks offer these.

Apart from being gender-neutral, Birkenstocks have a simple and minimalist design. As hippies wear unusual outfits, a pair of versatile sandals are very much needed.

Why are Birkenstocks called “ugly sandals”? 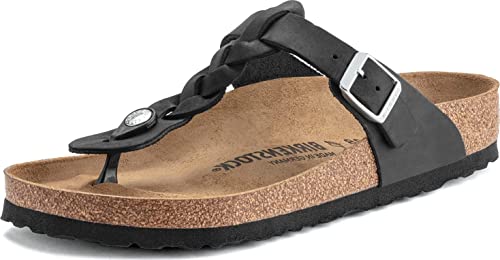 Some call Birkenstocks the “ugly sandals.” But who would have thought these ugly sandals would top the charts for the most sought-after footwear in the shoe industry?

The rise of the “ugly-is-cool trend” is unprecedented. Birkenstocks, along with Tevas and Crocs, were once branded as the ugliest sandals that ever existed. Then, we witnessed how these brands became the trendiest.

Many thought Birkenstock’s designs were intriguing and new to sight due to their unconventional look. Then, they found out that the brand’s lineups offer comfort-driven footwear, an ultimate plus point.

Although they are considered ugly sandals, hippies sought pairs of Birks. This is mainly because Birkenstocks showcase their agenda of breaking the norm. Additionally, Birkenstocks look very compatible with hippie fashion.

Are Birkenstocks just for hippies?

Undeniably, Birkenstocks are loved by hippies more than anyone else. However, if you are not into the hippie-bohemian look, do not worry because you can still get a pair!

As previously mentioned, Birkenstocks are versatile. Although minimalist and straightforward, their designs will look great with any outfit ensemble you can think about.

For instance, if you will run some errands and you are too lazy to get dressed, you can grab some denim shorts, a plain shirt, and a pair of Arizona. When going on casual dates, you can wear your floral dress and match it with Madrid Birks.

Other brands do not have the same versatility as Birkenstocks. So yes, Birkenstocks are not just for hippies. They are for everyone!

Are Birks “in” at the moment?

Yes! Birkenstocks are definitely “in” at this point in time. The brand has successfully entered mainstream fashion, and its products have become fashion staples.

Try to observe your surroundings when going to a mall or a public place. You will notice that many people are wearing classic Birkenstocks, such as Arizona, Gizeh, and Madrid.

The laid-back, unconventional, and versatile characteristics which Birkenstocks flexes are not just suitable for the hippie culture but even for other fashion trends.

If you are still in doubt, you can look at the Instagrams of celebrities and social media influencers. You will find several personalities who are fond of Birks and pair them with their daily OOTDs. 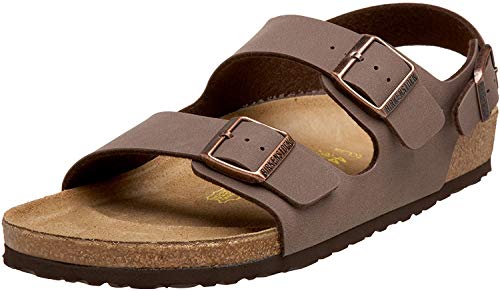 The classic models of Birkenstock are my top picks for hippies. Arizona, Mayari, Milano, and Madrid are three of the best options for those looking for unisex pairs.

Hippie socks would also look fantastic with these models. On Pinterest, you can search for hippie outfit ideas that incorporate the “Birken-socks” trend.

If you are unsatisfied with these classicos and want a more unconventional choice, opt for Birks in the Shearling and Rick Owens collections.

For a vintage-looking pair, you can try the nubuck or suede versions of Siena and Tulum. The least popular models, such as Yao, Franca, and Granada, are also worth checking out.

All in all, hippies wear Birkenstocks because these pairs are made with LUV. They are laid-back, unconventional, and versatile. These attitudes embody hippie culture.

Aside from these characteristics, Birkenstocks also embody the hippie movement. Wearing Birks is a statement of challenging gender norms and consumer culture.

Although branded as ugly sandals, many people, aside from hippies, are avid fans of Birkenstocks. I think this is because we do have an appetite for something different.