Are Birks still in style?

Birkenstock has already been in the shoe industry since 1774. So, many have been wondering whether or not Birks remain stylish even up to this moment. Here is what you need to know.

The Birkenstock brand remains in style, although there were eras when it was curved out of mainstream fashion. The company will soon reach its 244-year mark, but its fashionable aura has not faded. Apart from the comfort trademark, Birks are known for being versatile and simple, one factor why the brand stood the test of time.

The Birkenstock brand will be a good choice if your top priority is getting a stylish pair. It has a wide range of fashionable footwear: slip-on, clogs, wedge or platform heels, sneakers, and boots.

Just keep reading to know more about Birkenstock’s style heritage and its popularity status. This article has everything you need to know. In addition, a list of the most stylish Birks models awaits you! 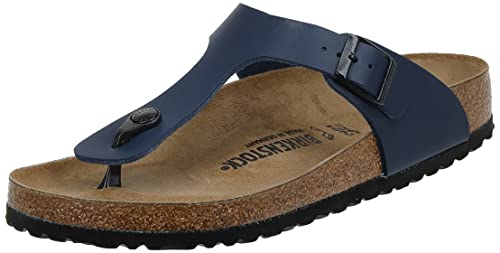 When Birkenstock was introduced in the 1970s, its pairs did not instantly become popular due to its bizarre structure. Unlike other shoes, a pair of Birks only has three major components: the strap, sole, and footbed.

Leather straps were ordinary, but cork-latex footbeds with deep heel arches and elevated edges were novel. Birkenstock pioneered producing a footbed design that is patterned to the shape and contours of the feet, out of the ordinary.

This footbed design was the reason for its prominence. It allows for equal weight distribution and is also considered orthopedic, perfect for people suffering from foot problems such as plantar fasciitis or bunions.

During the late 1970s, Birkenstocks started to gain popularity alongside other competitive brands. The Mayari model was the first pair to be introduced to the world.

In the 1980s, Birkenstock somewhat lost the flame and became one of the least-wanted brands. However, it had a comeback in the 1990s when new models were introduced.

At the start of the 21st century, the brand has already produced a variety of footwear ranging from sandals to closed shoes, all having the same legendary footbed design. Birkenstock even manufactured hiking boots!

The brand's popularity peaked in 2012 when Birkenstock pairs are sent down to fashion runways. Birks are even worn during designer fashion shows. Although some branded them as the “ugly shoes,” the brand’s rise toward success was unstoppable.

In 2020, British Vogue named Birkenstock as the official sandal of the year. More so, Lyst, a fashion search engine, declared Birks the most searched-for brand in their browsing platform.

Are Birkenstocks still in style in 2022?

Undeniably, Birkenstocks are still in style even this year. Here’s why: their designs are effortless and minimal. In the fashion world, there is nothing stagnant. That’s why it is too tiring to constantly buy a new pair to match a new mainstream fashion.

Birkenstocks are versatile enough to suit the always-changing fashion trends. Besides its versatility, buying a pair that can keep up with fashion tides would be more practical.

So yes, Birkenstock remains fashionable due to its uncomplicated design. The most versatile, famous, and oldest models of the brand are Birkenstock Arizona, Gizeh, and Madrid. Imagine all the historical events these models have witnessed.

You can see many celebrities and fashion icons of this generation wearing one. Tracee Ellis Ross even paired her white pair of Arizona with a modern light brown suit. Kendal Jenner, Gigi Hadid, and Katy Holmes were also seen to be fond of Birks. 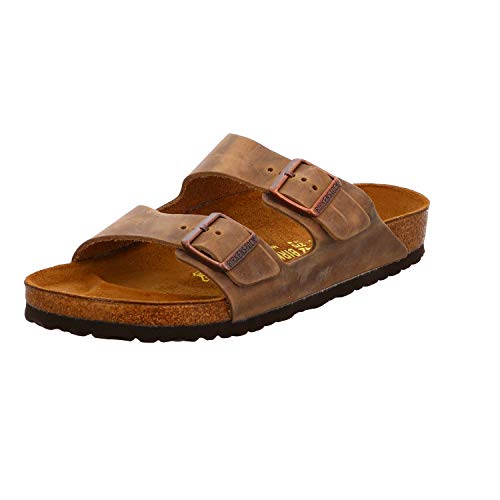 The minimalist and basic-looking design of almost all Birkenstock models is timeless. As previously mentioned, the simplicity of the overall look of a Birkenstock pair is excellent for seasonal and fashion changes.

Most models are also available in solid colors such as black, brown, white, and gray. These colors are very versatile and can match plenty of color outfit combinations.

Generally, Birkenstocks can be considered pairs that are endlessly and timelessly sellable. Aside from style, Birks will surely stand the test of time because they are made of high-quality materials - their durability remains unmatched.

Birkenstocks are all-in-one. They are long-lasting and comfortable, but above it all, they are timelessly stylish: real classics. You have nothing more to ask for. 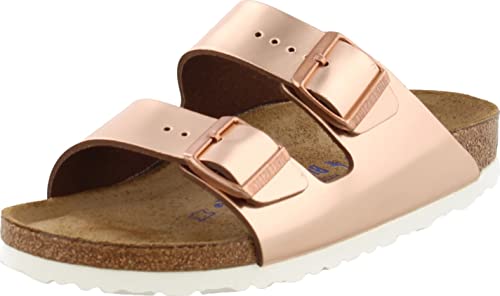 If I have already convinced you that Birkenstock is still in style up to this moment, then here are my top recommended pairs. First on the list is the ever-famous Arizona Birks.

This two-strapped slip can be considered the 21st-century backbone of the brand for it became one of the most sought-after Birkenstock models of this era. Arizona always tops the chart not just in the United States but also abroad.

Suppose you want something unique; the Kyoto slip-on would be perfect for you. Kyoto is a modern take on the classic one-strap slip-on, the next-gen Birkenstock.

If horizontal straps are not for you, opt for a pair of the thong-styled Gizeh or the crisscrossing strapped Mayari. Birkenstock also has stylish clogs for closed-toe options: Boston and Tokio Super Grip. These pairs are very easy to style.

For a more supportive pair, opt for a pair of Milano Birkenstocks. Milano’s style is unisex, although it suits men’s fashion more. For a feminine-looking alternative that is perfect for summer dresses, Yara is the best choice.

You can also check out the very sleek Stalon and Bryson Birkenstocks. These are boots available in nubuck leather. They are also available in versatile colors such as black, graphite, sandcastle, and beige taupe, among others.

Birkenstocks are unlike other trendy pairs that you just stop using because they begin to appear out of place. The popularity of Birkenstocks is not just a fad, as proved by the brand’s history.

After so many years, Birkenstock remains prominent in the shoe industry mainly because it chose to stick by its trademarks: comfortable footbeds and simple designs. Birkenstock is a brand of its own.

Apart from style, I believe another reason Birkenstocks are timeless is that wearing one is a statement. Although many tried to imitate Birks models, no one has perfectly replicated them.